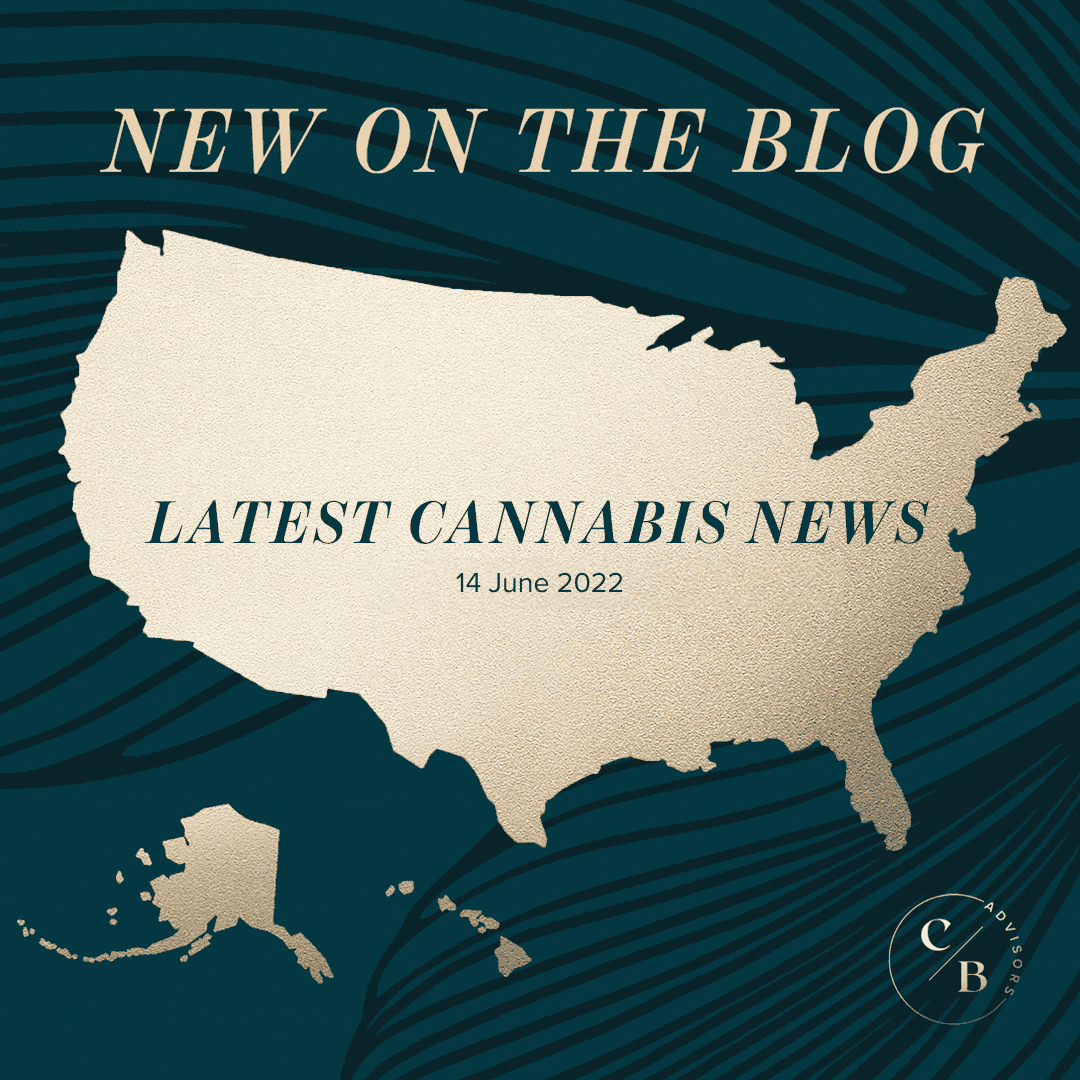 North Carolina: A bill passed by the North Carolina Senate to legalize medical marijuana is likely doomed after the state House backed a competing bill that would permit cannabis products to be sold in the state only if they are approved by the U.S. Food and Drug Administration.

That’s tantamount to forcing the state to wait until federal legalization of marijuana before North Carolina can launch an industry, given that only one cannabis product has been approved by the FDA – GW Pharmaceutical’s Epidiolex.

According to The Carolina Journal, the state House of Representatives approved Senate Bill 448, and the broad support for that measure in the chamber means Senate Bill 711 “could be dead on arrival in the House.”

SB 448 is headed to Democratic Gov. Roy Cooper for his signature.

Alabama: Prospective Alabama medical marijuana companies might be able to start applying for various licenses in the fall, with sales slated to begin as soon as next spring, according to state regulators.

According to AL.com, the Alabama Medical Cannabis Commission (AMCC) released updated plans on the rollout of regulations for the relatively restrictive MMJ program that lawmakers approved last year, according to AL.com.  The new licenses will cover growers, processors, retailers, transport companies, and testing labs.

Sept. 1 is the target date for entrepreneurs to begin requesting license applications.

If the newly established timeline holds, companies could begin submitting license applications to regulators 45 days after that date.

Louisiana: State lawmakers have advanced several marijuana reform measures to the desk of Democratic Gov. John Bel Edwards. Among them, House Bill 629 bars police from conducting a warrantless search of a person’s place of residence based solely upon the odor of cannabis. Several other states that have either legalized or decriminalized the use of marijuana by adults have enacted similar prohibitions on police conduct.

Another bill before the Governor, HB 988, mandates, “No state employer shall subject an employee or prospective employee to negative employment consequences based solely on a positive drug test for marijuana” if they are a state-registered medical cannabis patient.

A third bill pending the Governor’s approval, House Bill 775, legalizes any marijuana-related paraphernalia that is “solely used or intended for use for the inhalation of raw or crude marijuana, tetrahydrocannabinols, or a chemical derivative of tetrahydrocannabinols when the person is a patient of a state-sponsored medical marijuana program.” A fourth bill, HB 137, provides immunity from criminal prosecution to out-of-state medical cannabis patients. A fifth bill, HB 190, expands the poll of a health professional who can issue medical cannabis authorizations to include certain nurse practitioners.

Maryland: Maryland voters are expected to pass an adult-use cannabis legalization referendum in November, but industry officials are concerned that the commercial market might not launch until 2025. A group of Maryland House lawmakers is scheduled to meet Tuesday for some preliminary discussions, the Sun reported, but a “disparity study” critical to developing a diverse, equitable recreational marijuana industry isn’t expected to be finished until the middle of 2023 legislative session.

Lawmakers expressed concerns to the Sun about not repeating the mistakes of the state’s medical cannabis industry, which failed to create diversity and is still struggling to do so.

Once an adult-use marijuana framework is enacted, regulators will need to establish rules, start the licensing process, and license winners will need time to develop their businesses.

Minnesota: Gov. Tim Walz is expected to sign legislation recently passed by the state Legislature that would regulate and create prohibitions for cannabinoid and hemp-derived THC products currently sold in the state.

Hemp-derived THC could soon be allowed in food and beverage products in Minnesota, while the sale of inhalable products containing more than 0.3% THC could be prohibited.

Minnesota Gov. Tim Walz is expected to sign legislation recently passed by the state Legislature that would regulate and create prohibitions for cannabinoid and hemp-derived THC products currently sold in the state.

That’s in line with the timeline expected when lawmakers passed a restrictive medical cannabis law in January.

As per the new law, the Oklahoma Medical Marijuana Authority will cease processing applications for new licenses sought by prospective medical cannabis growers, processors, and dispensary operators. The moratorium begins on August 1, 2022, and is anticipated to remain in place through August 2024.

As of January, over 386,000 Oklahomans — slightly less than ten percent of the state’s total population — were registered with the state to access medical cannabis products. As a result, the state currently has more licensed cannabis businesses per capita than any other medical-only jurisdiction.

California: Since legalizing adult-use recreational cannabis in January of 2018, California has generated nearly $4 billion in tax revenue from its sales. But, since its rollout, the California Department of Tax and Fee Administration (“CDTFA”) reports that cannabis businesses, both licensed and unlicensed, owe nearly $200 million in unpaid state taxes.

As a result, the CDTFA has increased raids and seizures of unauthorized cannabis production properties and assets in recent months. While the growth of cannabis is legal in California, because these unauthorized operations lack the proper permits for commercial production, they’re avoiding paying the same state taxes that licensed cannabis businesses to pay.

Connecticut: Out-of-state cannabis dispensaries can no longer advertise on billboards in Connecticut. Connecticut’s budding cannabis industry is undergoing changes before it’s even up and running. Lawmakers rewrote several provisions of the cannabis law passed in 2021. There are more extensive rules on how and where it can be advertised. The law passed in 2021 said billboard advertisers had to prove that at least 90% of the audience is reasonably expected to be over 21.

Illinois: The Illinois Department of Financial and Professional Regulation (IDFPR) announced the following steps to issue 185 Conditional Adult-Use Cannabis Dispensing Organization Licenses to applicants selected in three lotteries in 2021. This comes as courts have recently lifted stays that previously prevented the release of the licenses.

The pace of licensing will be determined by how quickly applicants’ compliance checks can be verified.

Starting on July 1, The Oregonian reported that weed shoppers wouldn’t find particular weed gummies and other products at their go-to stores, even if they’re THC-free. That’s because Oregon Liquor and Cannabis Commission officials say they’re concerned about the unregulated nature of these products, many of which exist in a federal legal loophole.

Vermont: Regulators in Vermont have reportedly licensed the state’s first recreational cannabis testing lab. According to a press announcement, Bia Diagnostics, an ISO 17025 accredited lab based in Colchester, VT, has become the first company to be licensed to test adult-use cannabis ahead of the market’s launch later this year. The company has been a licensed hemp testing lab for the past three years.

Vermont approved adult-use cannabis sales in 2020, but the retail access isn’t expected to be available until this October.

Virginia: Ryan Suit tries to keep a close eye on marijuana legislation. As the co-owner of a Virginia Beach shop selling cannabinoid products, he doesn’t want to be caught off guard by new rules or regulations. Yet even Suit was shocked to learn that buried within the state’s recently unveiled budget proposal is a provision that would create a new criminal misdemeanor for marijuana possession. “They essentially weaponized the budget proposal against cannabis,” he said.

Suit said he was unaware the budget conference committee was even considering the measure — and he isn’t the only one blindsided.

During the regular legislative session this year, lawmakers tried twice to make marijuana possession a misdemeanor. But when both bills failed, they used the back door. 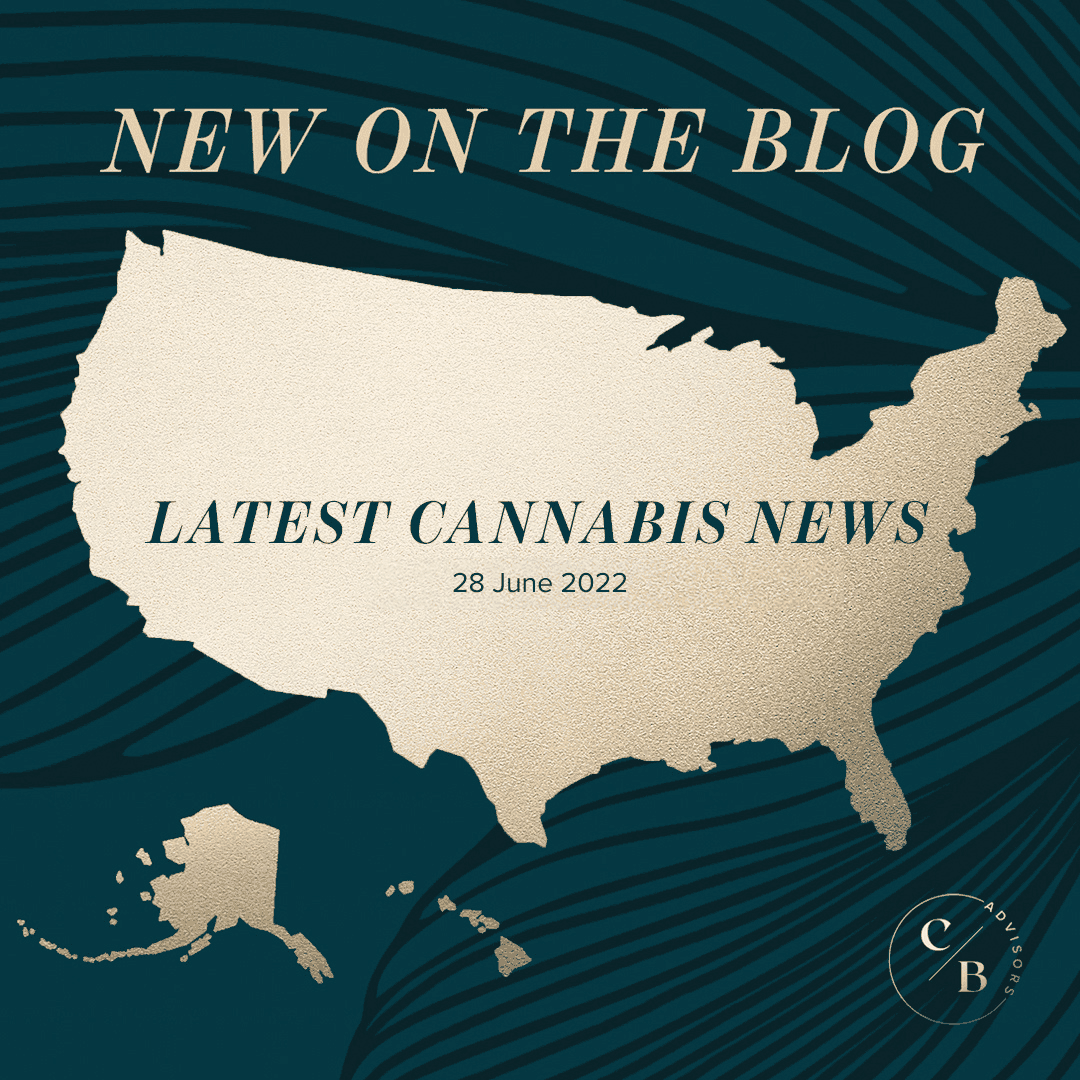 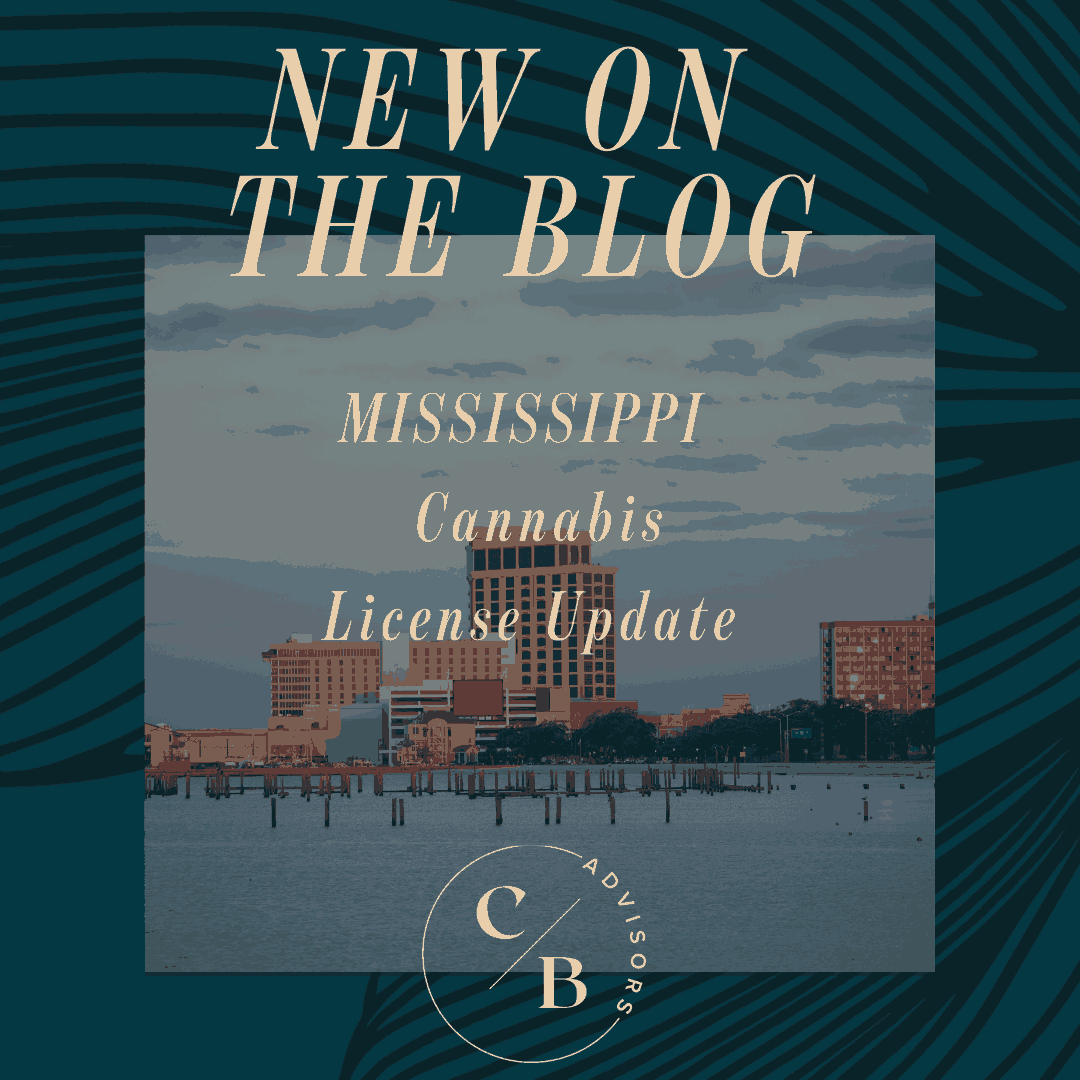 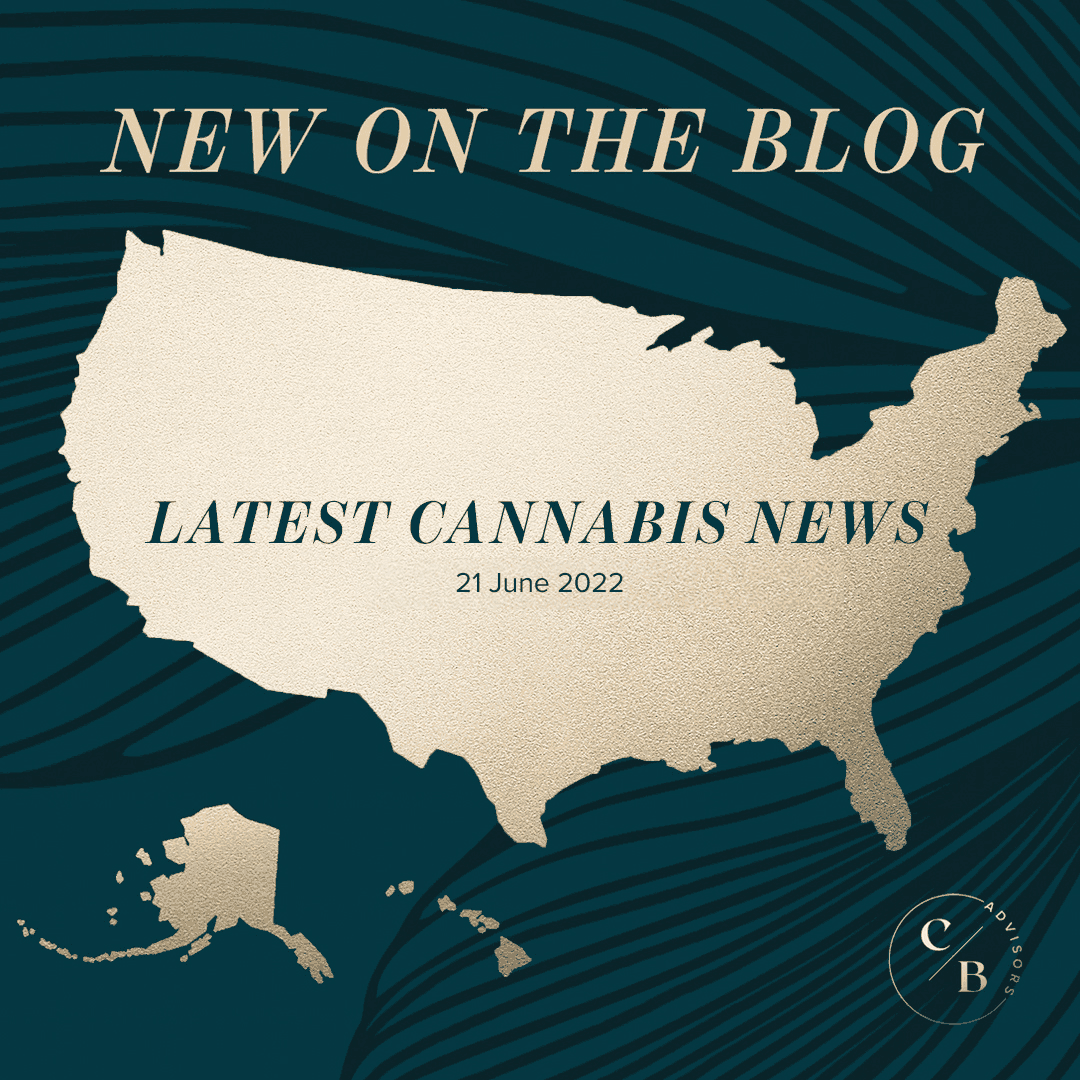