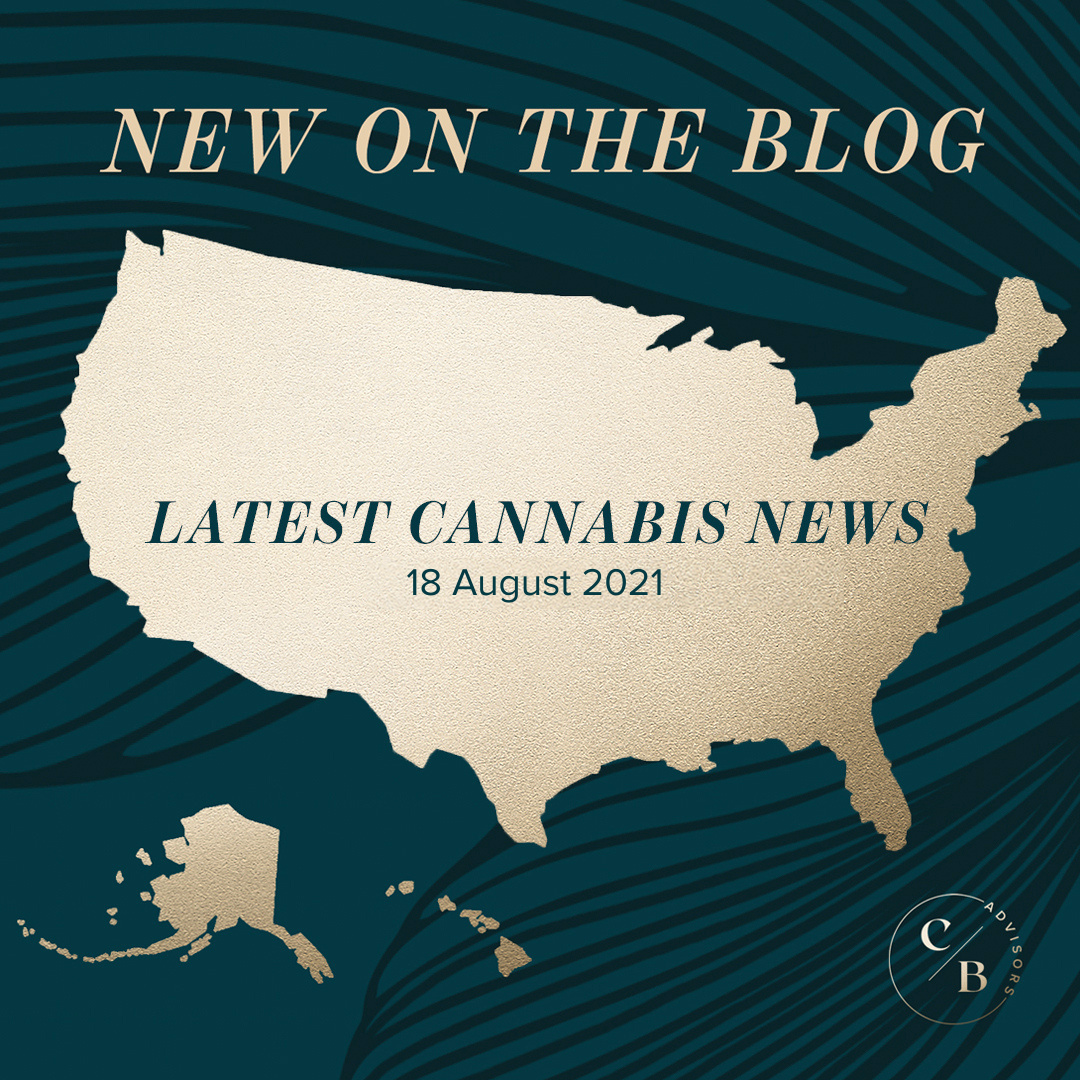 Texas: Starting on Sept. 1, however, the Texas Compassionate Use Program will expand to include people with PTSD and cancer of all stages, allowing them to use “low-THC cannabis.” The state’s cannabis program served fewer than 6,000 people as of May, and the new law will expand to include veterans with PTSD like Bass and the estimated 114,000 Texans who have cancer, according to the Texas Department of State Health Services. The new Texas law will not only expand the state’s cannabis program, but double the percent of THC allowed in products to 1%. The law is a much narrower version than the version written by state Rep. Stephanie Klick, R-Fort Worth, that initially passed the Texas House. That version of the bill sought to raise the THC cap to 5%, which is still far lower than what’s authorized for medicinal use in other states and allow those suffering from chronic pain to participate in the program.

Wisconsin: A bill to legalize adult-use marijuana has been introduced in the Wisconsin Legislature. According to Wausau TV station WAOW, the measure would tax marijuana at similar rates as alcohol and also allow for home cultivation by consumers. State Sen. Melissa Agard, a Madison Democrat who introduced the bill, told reporters the move would bring in an additional $165 million a year or more in tax revenues for Wisconsin. Agard has run similar bills seven times in the past. Both chambers of the Wisconsin Legislature are controlled by Republicans, so it’s likely the bill will face an uphill battle.

Wyoming: Wyoming’s medical cannabis ballot initiative cleared its first major hurdle on Wednesday. The Wyoming Secretary of State certified the required sponsor signatures to begin the process. Only 100 were needed, supporters of medical cannabis in Wyoming provided 250. The Libertarian Party, which is backing the initiative, said it now allows supporters to start gathering 41,776 signatures from people across Wyoming. If that is successful, it would qualify to go before voters on the 2022 ballot. The initiative would legalize medical cannabis and decriminalize marijuana for personal use.

Alabama: Alabama’s Medical Marijuana Commission gathered for the first time Thursday for an organizational meeting as it begins the process of rolling out medical marijuana policies in the state. The 14-member panel voted to make Steven Stokes, a Dothan radiation oncologist, chair of the commission. The next step is to hire an executive director who will oversee all of Alabama’s medical cannabis operations, which Stokes said he hopes to start discussing in the next meeting on Aug. 25. The new law allows for a maximum of 12 cultivator licenses, 4 processor licenses, 4 dispensaries (each allowed to open up to 3 locations) and 5 integrated facility licenses, or facilities that will grow, process and distribute the product all in one place. The commission is also required to present a report to the Legislature by Jan. 1, 2022 that gives an update on the progress towards implementing the law and makes recommendations on needed changes for successful implementation of medical cannabis. Stokes said the new law requires there have to be certified physicians who can prescribe medical cannabis in Alabama by Jan. 1, 2022.

Mississippi: The lead Senate and House negotiators working on a Mississippi medical marijuana program to replace the one shot down by the state Supreme Court say they’re close to having a draft that could prompt a special legislative session, as early as this month. Gov. Tate Reeves has sole authority to call lawmakers into a special session. He has said he would do so for a medical marijuana bill, but not before the House and Senate have general agreement on a proposal to avoid a long, drawn out session. Blackwell and Yancey had previously estimated a session could be called by mid-August. They said that might be pushed back, but that having one before the end of the month is still doable.

Alaska: Alaska marijuana manufacturers and retailers soon can start selling edibles at twice the potency, a change that likely will increase sales for both sectors. A new rule goes into effect Sept. 1 that will allow the sale of marijuana edibles containing up to 10 milligrams of THC and packages with up to 10 individual products, the Anchorage Daily News reported. Alaskans are legally allowed to purchase up to 5,600 milligrams of THC each day.

California: California Gov. Gavin Newsom’s Department of Cannabis Control aims to unclog a glut of temporary licenses and transition them to annual permits as well as ease regulatory red tape and financial burdens on businessesThe Department of Cannabis Control (DCC), which counts nearly 400 employees, is led by Director Nicole Elliott, a Newsom confidante for more than a decade. The DCC combines the regulatory, licensing and enforcement responsibilities of three different state agencies into one large, wide-ranging regulator. Those three agencies were:

The DCC’s creation represents California’s largest regulatory reorganization since the 2013 debut of the Business, Consumer Services and Housing Agency, the department under which the DCC now falls. The agency’s goal, according to Dempsey: Boost the number of businesses participating in the legal market, ease the licensing process for applicants and keep licensed operators compliant.

Illinois: A Cook County judge on Monday conceded that an ongoing lawsuit he’s presiding over could potentially upend the state’s troubled cannabis licensing rollout and lead to a complete do-over. During a lengthy hearing, Judge Moshe Jacobius issued an order granting WAH Group LLC a place in Thursday’s third and final lottery for dispensary licenses. But as Jacobius ruled the group was unjustly excluded from the drawing, he acknowledged the underlying suit could have serious implications for the state’s lucrative cannabis industry. In recent weeks, Jacobius has allowed the state to hold the lotteries and publish the winners, but he’s held up the issuing of the actual licenses. Now, the permits won’t be issued before another hearing on Sept. 1.

Maine: Maine’s largest medical marijuana operator prevailed in its challenge of the state’s residency requirement. A federal judge this week ruled that it’s unconstitutional for Maine regulators to exclude out-of-state companies from operating medical cannabis dispensaries in the state. Wellness Connection of Maine, which operates four of the eight dispensaries in the state, and its parent company, High Street Capital Partners, sued the state in December over the issue. The state already had backed off a similar residency requirement in the recreational marijuana program after Wellness Connection sued.This week’s ruling by U.S. District Judge Nancy Torresen, unless appealed, paves the way for out-of-state investors to pursue both medical and recreational marijuana retail licenses in Maine without fear their applications will be rejected by the state based on residency.

New Jersey: The New Jersey Cannabis Regulatory Commission is just days away from laying out rules and regulations for the recreational adult-use marketplace, but some are worried that the tight deadline may make the budding industry less accessible. Towns in New Jersey have until Aug. 21 to decide if they will allow the sale of recreational cannabis in their town. It is on that day that the commission will release the rules for the industry. After counties hold information sessions, the next deadline is to turn in the application by Oct. 20. Applications will be available on Sept. 20.

Oregon: Earlier this summer, Gov. Kate Brown signed into law HB 3000, an omnibus bill covering a wide range of hemp-related issues. One of the most significant provisions under this new law is a restriction on the sale of specific consumable hemp items, namely “adult use cannabinoids” and “adult use cannabis items,” to anyone under 21. In addition, the new Oregon law tasked the Oregon Liquor and Cannabis Commission, in collaboration with the Oregon Health Authority and the Oregon Department of Agriculture, to establish the concentration of adult use cannabinoids at which a hemp commodity or product qualifies as an adult use cannabis item. To respond to the urgency that the Oregon legislature placed on this issue, the commission implemented this rule through the temporary rule-making process just three days following the enactment of HB 3000.

South Dakota: Medical marijuana will soon be making its way to Sioux Falls, but city leaders are still working to set guidelines. The first reading of licensing and zoning ordinances is being held at Tuesday’s City Council meeting, as the clock ticks to implement regulations on medicinal cannabis. In compliance with the state, municipalities have until early October to set regulations. In November of last year, voters overwhelmingly voted in favor of IM 26, legalizing medicinal cannabis in South Dakota. Since then, the state as well as its cities, have been working hard to set guidelines for medical marijuana. Tuesday night, Sioux Falls City Councilors will take up both a licensing and a zoning ordinance regarding the issue.

Virginia: Legal marijuana sales aren’t scheduled to start in Virginia until 2024, but some lawmakers want the state to consider speeding up the schedule. On Tuesday, the new Joint Commission on Cannabis Oversight held its first meeting. Included in the discussion was the possibility of expediting commercial access and legal sales. Lawmakers say that could happen, if medical marijuana providers are allowed to sell cannabis products for recreational use. 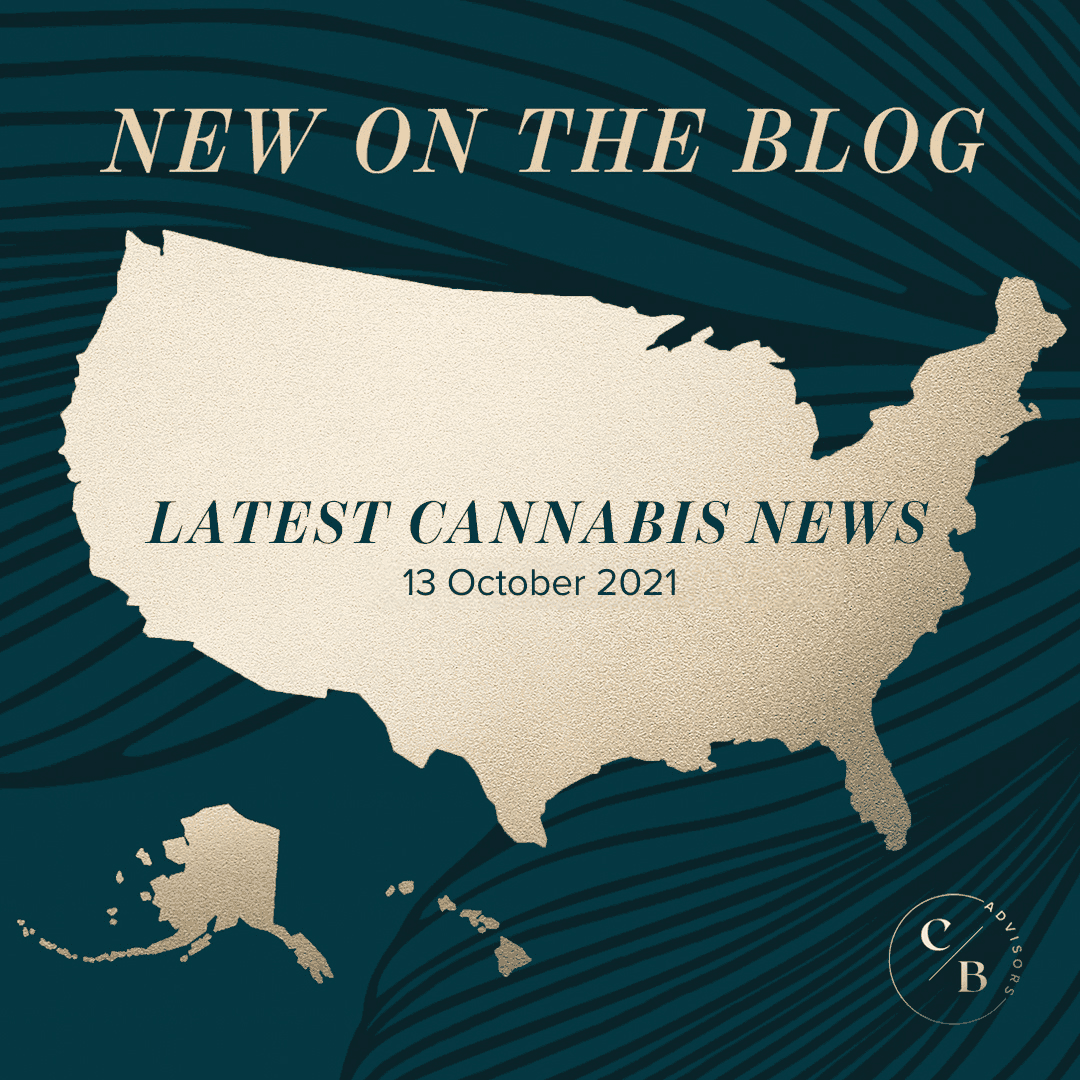 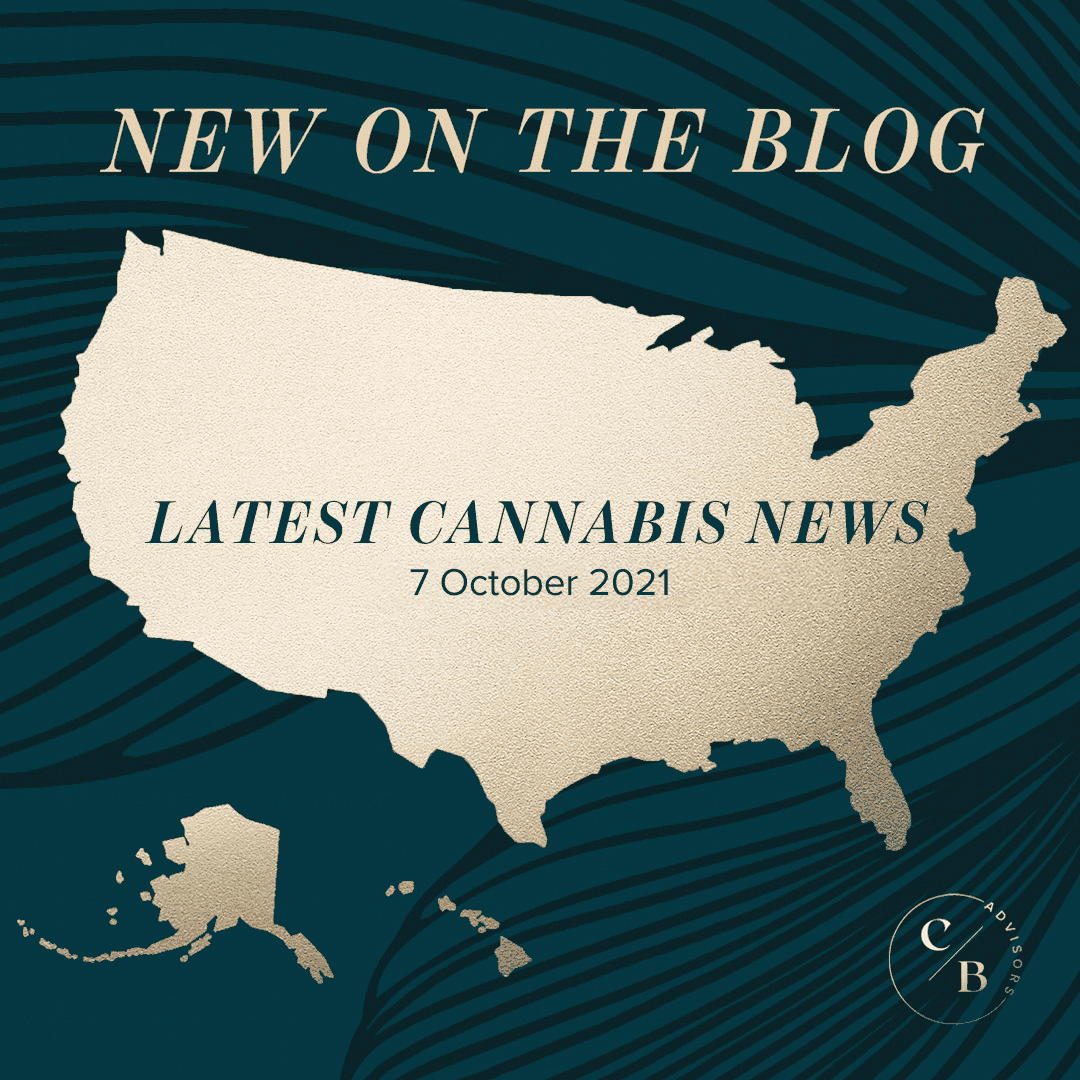 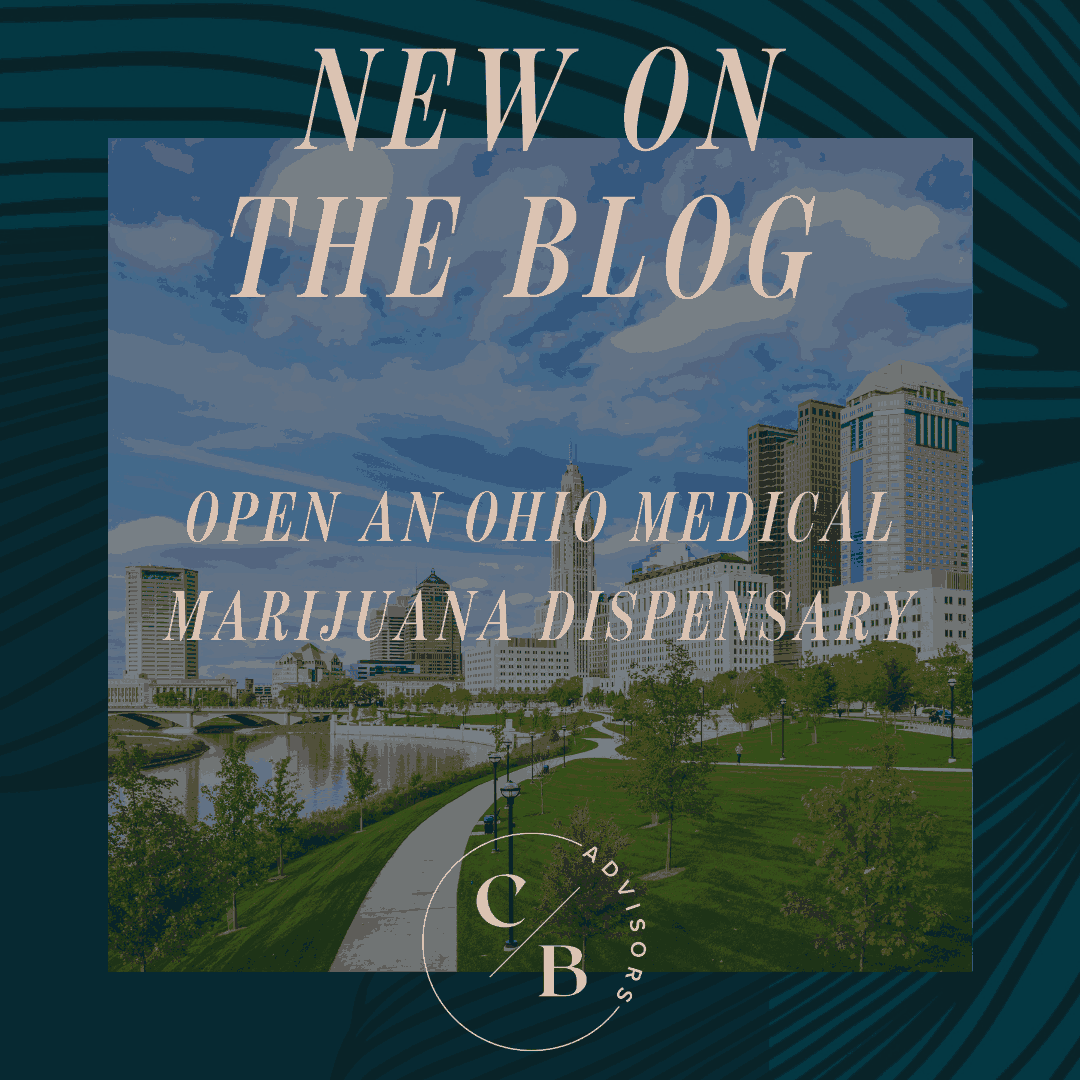